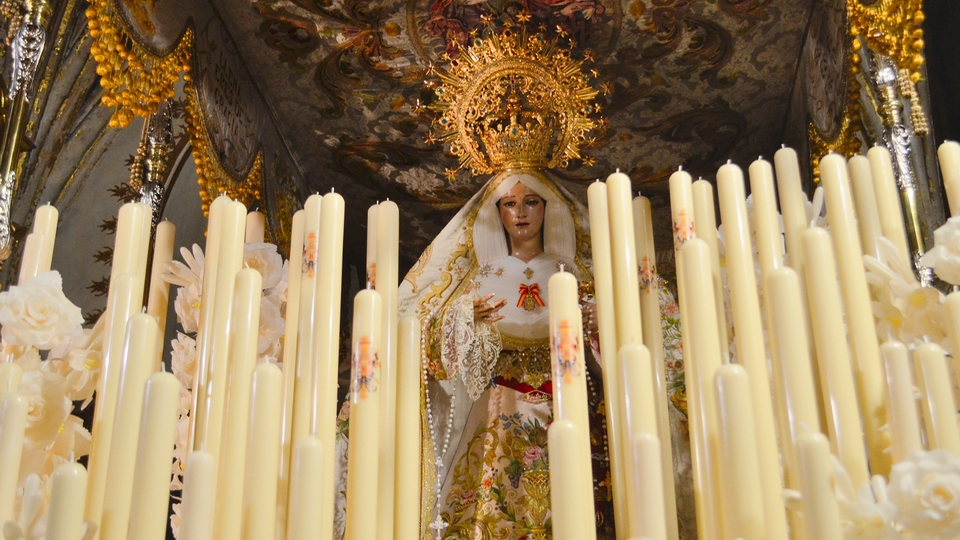 It’s Easter, a very special moment to be in Spain and see how Spaniards celebrate “The Passion” of Christ. For those of you not familiar with this custom, today we are going to explain its meaning and main elements.

Semana Santa – the Holy Week is the last week of Lent in the Christian tradition. It begins on Palm Sunday and ends on Easter Sunday. It doesn’t have exact dates and varies from year to year.

Each day of this week commemorate the last period of the life of Jesus Christ and his Passion. In many Spanish cities, different brotherhoods go out in procession commemorating characters and events narrated in the Gospels.

Lunes Santo – Holy Monday is the day when Jesus expelled the vendors from the temple wich they had turned into a market.

Martes Santo – Holy Tuesday is the day the Lord’s death was announced. Jesus was in the house of Simon, the leper whom he had miraculously cured, when a mythical woman appeared. It was Mary. She threw perfume on Jesus’ feet, kissed them, and dried them with her hair. Then Jesus announces his death saying that it was like the preparation for his burial.

Miércoles Santo – Holy Wednesday, when Judas, one of Jesus’ twelve disciples, betrays his Master and offers to turn him over to his enemies for 30 silver coins.

Jueves Santo – Maundy Thursday is the first day of the Easter Triduum, when the Catholic Church commemorates the institution of the Eucharist at the Last Supper of Christ. After indicating to his apostles that from that moment they would celebrate Mass, Jesus is betrayed by Judas and they put him in prison.

Viernes Santo – Good Friday commemorates the day of Christ’s death on the cross.

Sábado Santo – Holy Saturday is the day when we commemorate Jesus in the grave. It marks the most important night in the catholic religion, when the faithful expect their Lord to rise again.

Domingo de Resurrección – Easter Sunday is the last day of Semana Santa. It commemorates the moment when Jesus rises and comes out of his grave. It is a very important day full of joy for Christians.

In many areas of Spain, especially in Andalusia, Easter celebrations are very important and are prepared in advance. Apart from the special masses, the most peculiar thing are the religious processions that take place evety day during the Holy Week.

The brotherhoods, that some devotees form, are called cofradías. They prepare pasos that are the platforms adorned with the figures that stage different moments of the last days of Christ and his resurrection. Each paso is unique and many of them are authentic masterpieces. 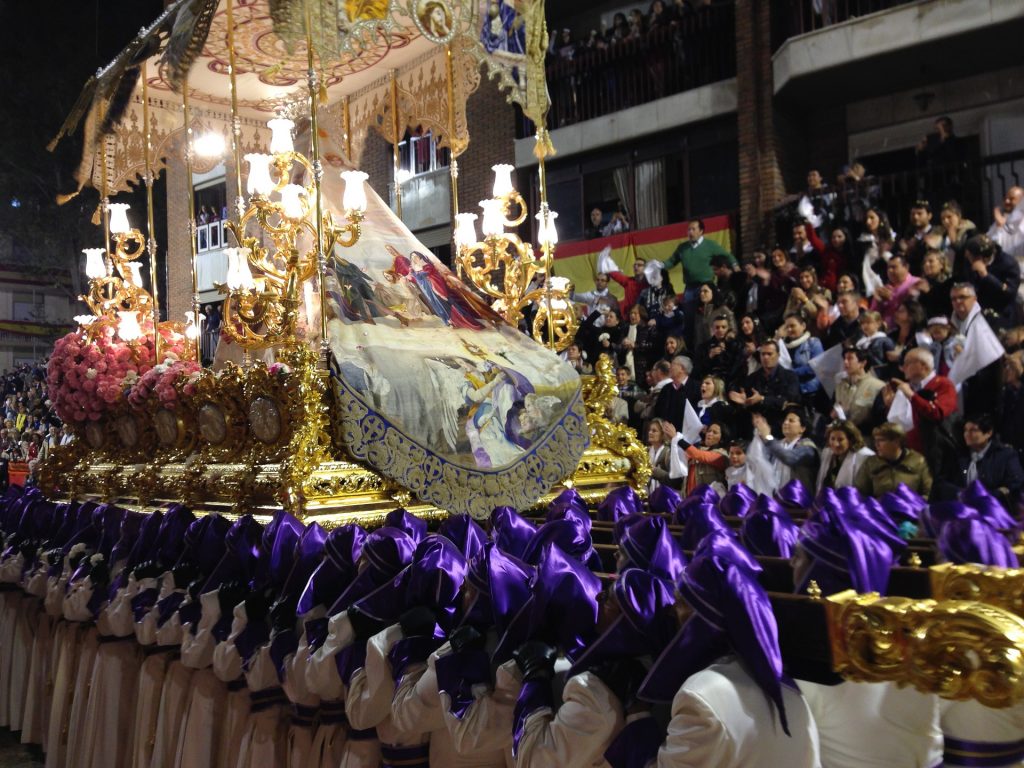 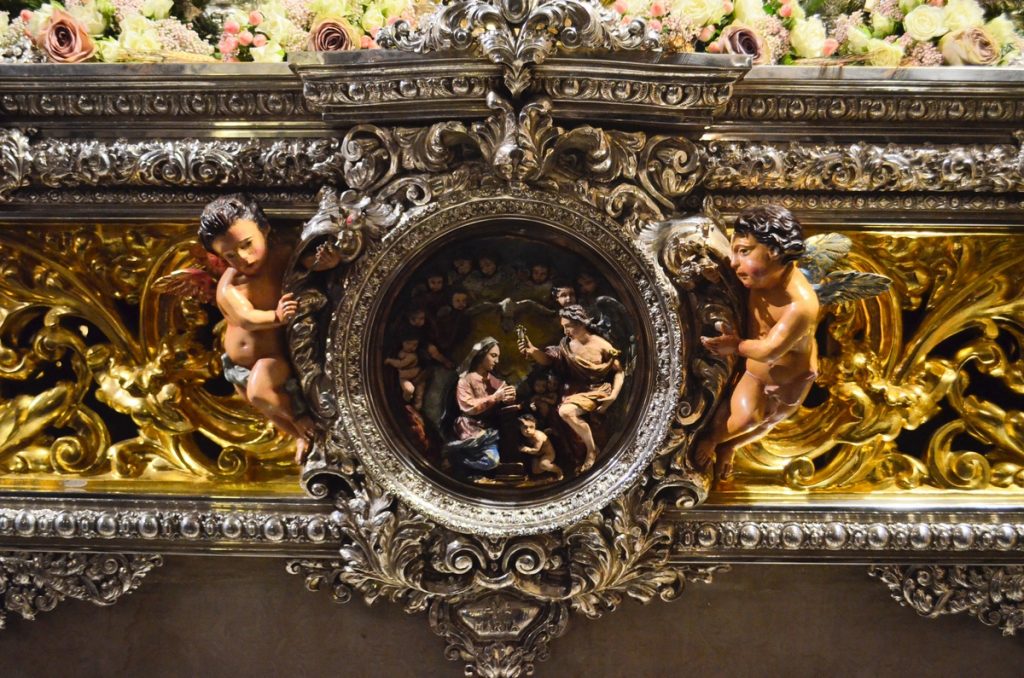 They take pasos to the street with the processions. People who carry them over their cervicals or the costal are called costaleros or porteadores.

Much more people participate in the religious procession, apart from the costaleros. Among them, the brotherhoods members dressed in characteristic hoods capirotes, the women dressed in black with a mantilla and a comb, the capataz, foreman of costaleros who guides them and marks their way, and his assistants, the children who carry the baskets with candles and matches, the orchestra… 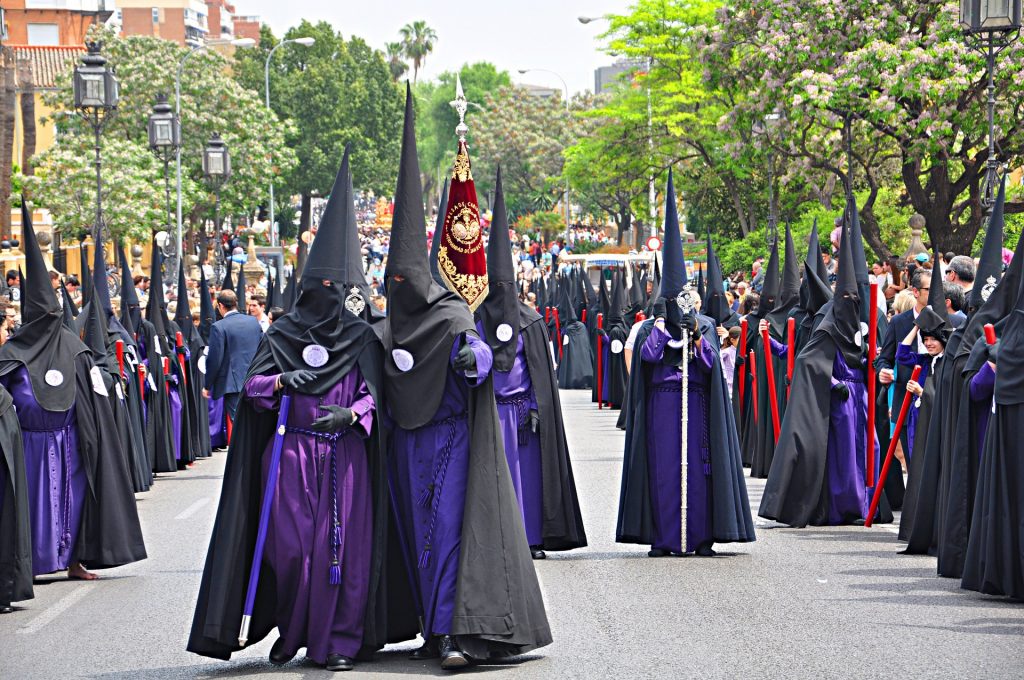 The processions are led by the Cruz de guia – Guiding Cross, a symbol that announces that they are Christian. The processions are really impressive and can last several hours, going through the streets of the city until they enclose the pasos in their corresponding churches.

During the procession, they dedicate saetas, special songs performed by a single person in front of the pasos. Saetas are sung in churches and also on the streets.

The world of brotherhoods and Semana Santa is full of technicals terms and has an amazing complexity. Depending on the city, this festivity is recognized as being of International or National Tourist Interest.

If you want to learn about all the traditions of Easter, the best way us to comr to one of the Spanish cities where it’s widely celebrated. At Dencanto Community we offer some amazing courses dedicated to this festivity that combine Spanish classes with cultural activities related to Easter. Take a look at our website and start preparing your unique Easter experience in Spain for next year.

By the way, we also have some recommendations of the best places to visit in Spain during Semana Santa. 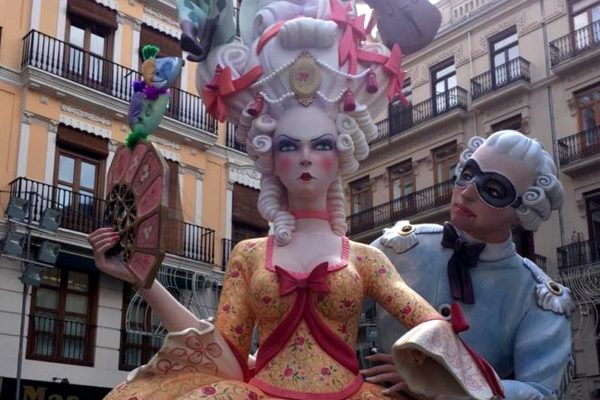 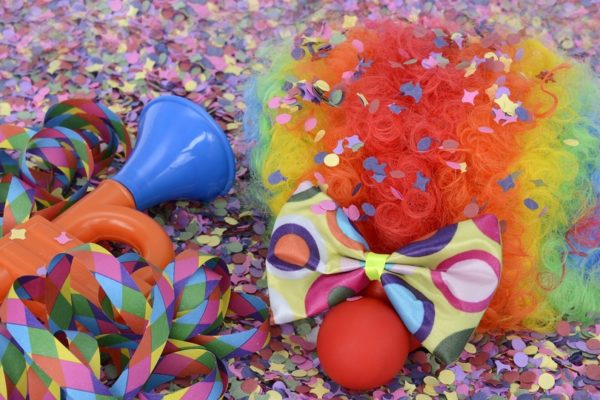